July 9th - much better day today for Stars 'n Stripes, might have something to do with rest, lol.  Breakfast at 8 am and bus transfer to games.

Boys B - lost 2-0 but had a goal not called as it hit the wheel and bounced out and the referee did not see it.  Go  figure, at the time would have made it 1-1.  Dd not play great but had much more passion and energy.

Boys A next, played great and beat a team from Finland 4-0.  Goals from Nick, Danny with 2, and Jackson B as we played really well.

Lunch in the hall, food  has been good, lots of pastas, noodles, potatoes, salads, and bananas/apples so no complaints.Back to school for team nap and that got the biggest cheer of the trip as boys were needing that. Quick 1 hour nap and back to fields for next games.

Boys A first at the indoor center from yesterday and play their best game of the cup.  Jackson B finished off a PK and we dominated play and should have scored more and of course it came back to haunt us.  We gave up a soft goal at the stroke of halftime and then another at end of game.  Lost 2-1.

Quick Ed pace walk to Boys B game and we just cannot score against a weaker team and lose 1-0.  No one to blame but ourselves and while the game was going on, I noticed 3 bags with open Zippers which of course is a no no, so I stole some shoes and 2 fanny packs.  Sometimes lessons are learned the hard way and mean the most.  Sit ups were handed out after some scary moments of someone stole my stuff,  The pics will tell you who was guilty, LOL

Dinner again and then back to school.  The kids were escorted back with our guide while the staff went to a Champions League game, Finnish team beat a team from Faroe Islands 3-0.  Great atmosphere and enjoyed it. Return back to school to find a United Nations meeting as our boys were hanging with the Swedish kids, Russian kids, and Finnish kids.  This is where the fun starts as they had a blast meeting kids from different countries. Curfew at 10:30 as we are tired but an easier day tomorrow with only 1 game each team.

Kids will get their phones tomorrow for a couple of hours so please be on the lookout  for calls/texts, etc. Cold today with weather around 50, yes, 50, hate this cold but warmer weather is promised for tomorrow.

Moving day tomorrow as results will determine what placement both teams take before we advance to knockout phase. 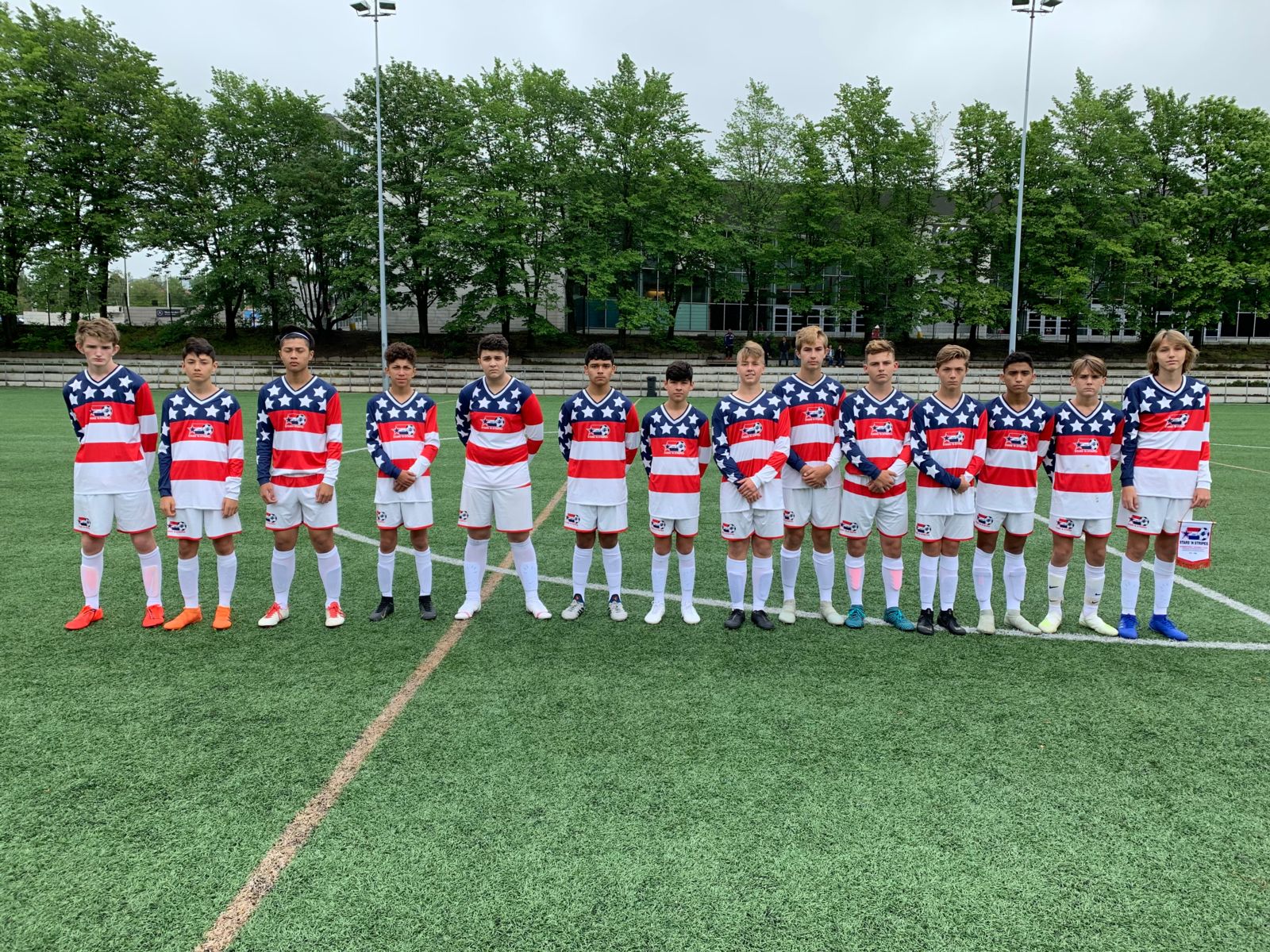 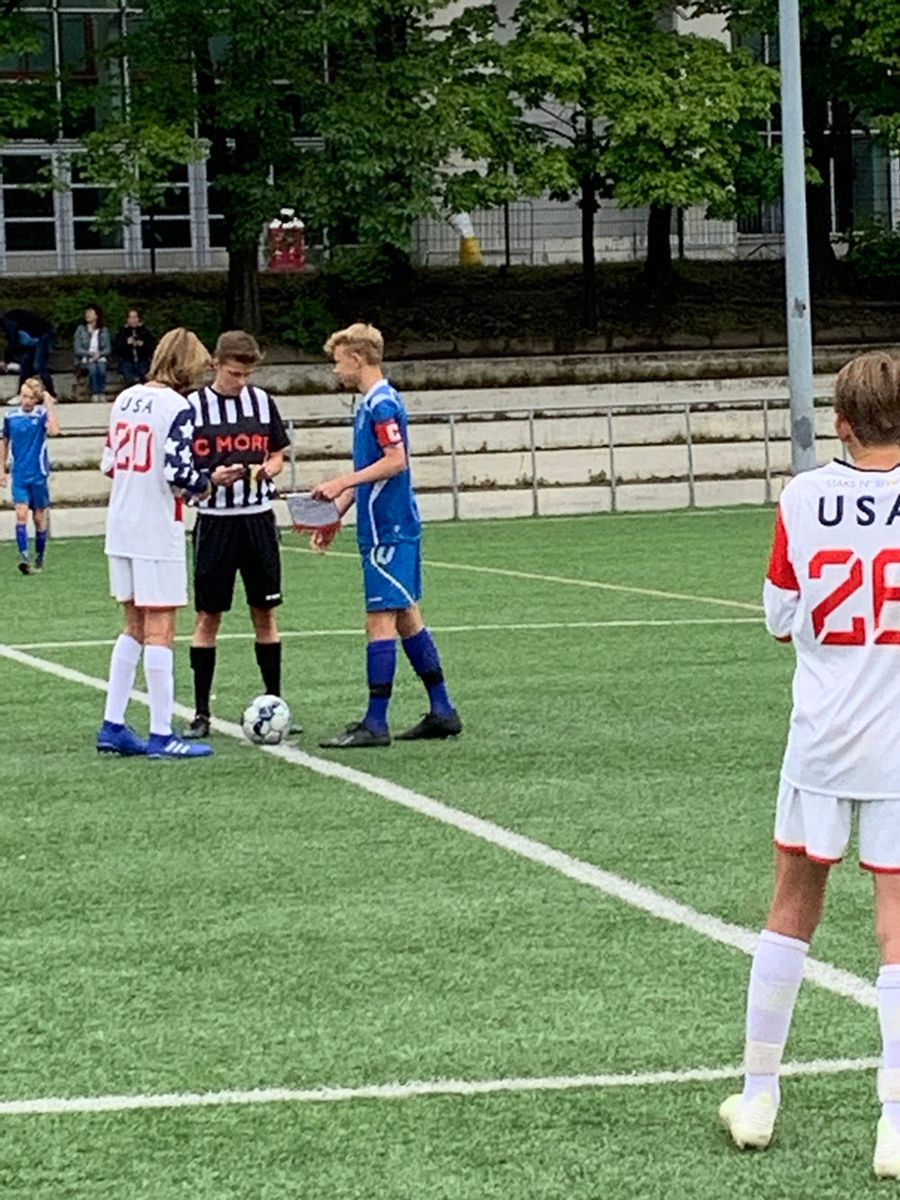 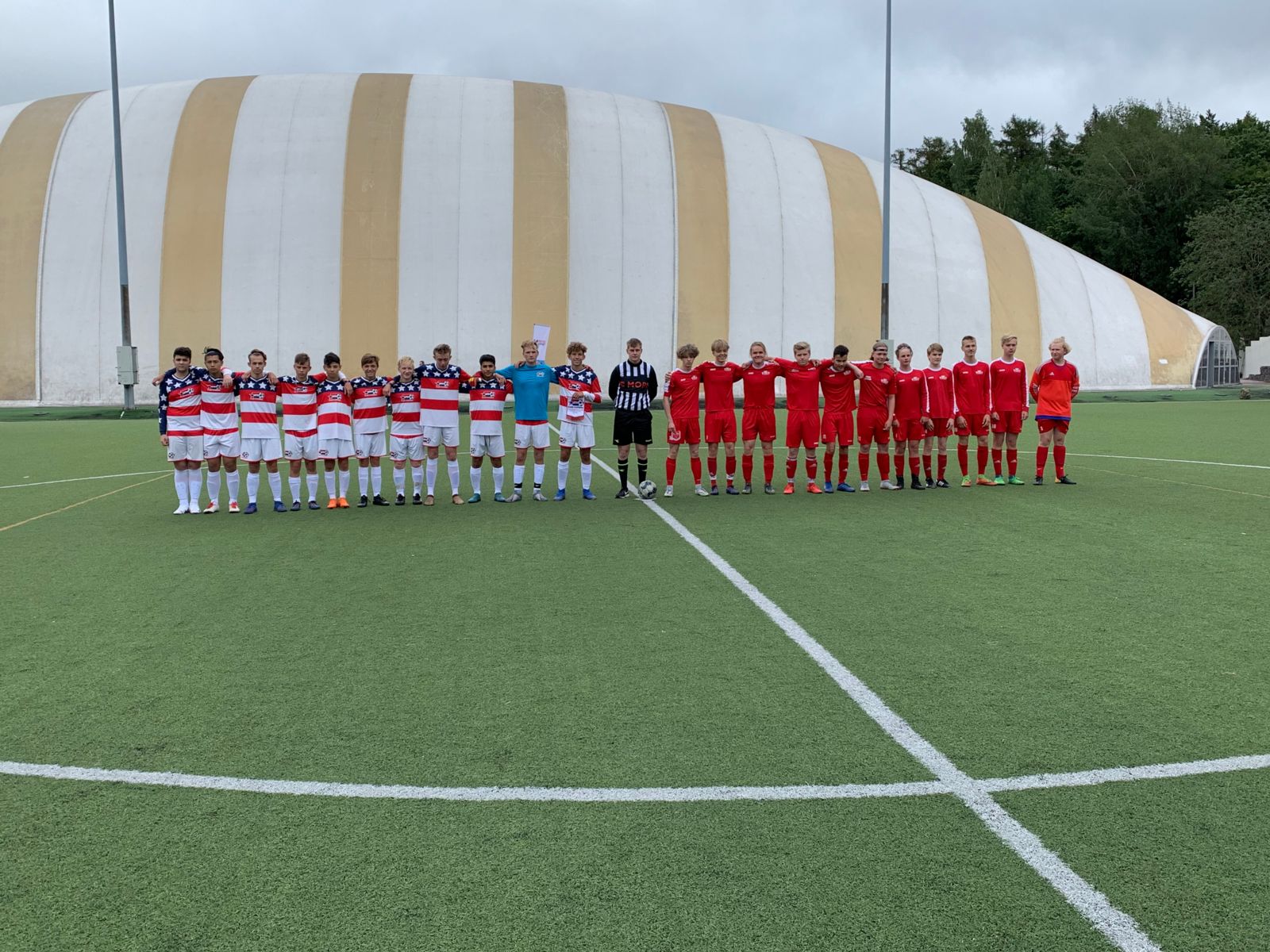 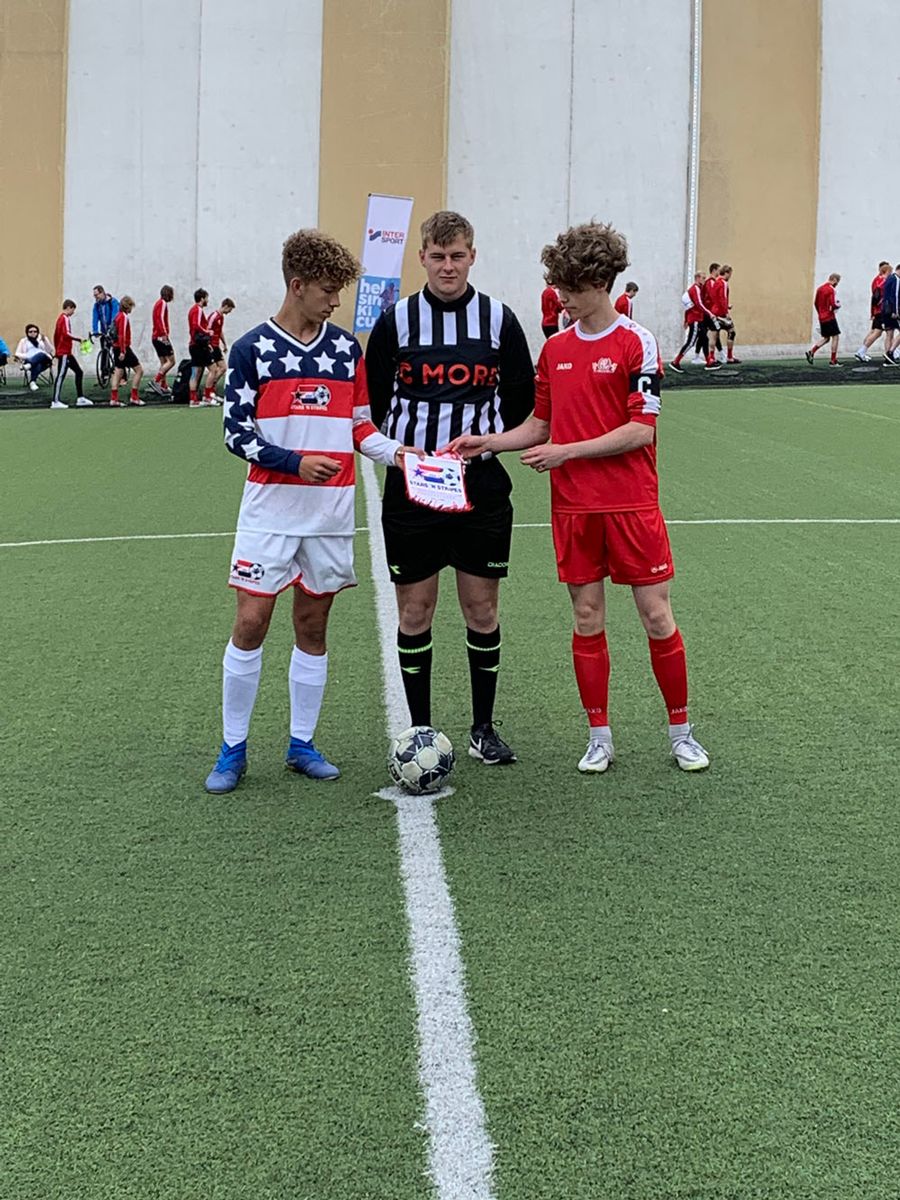 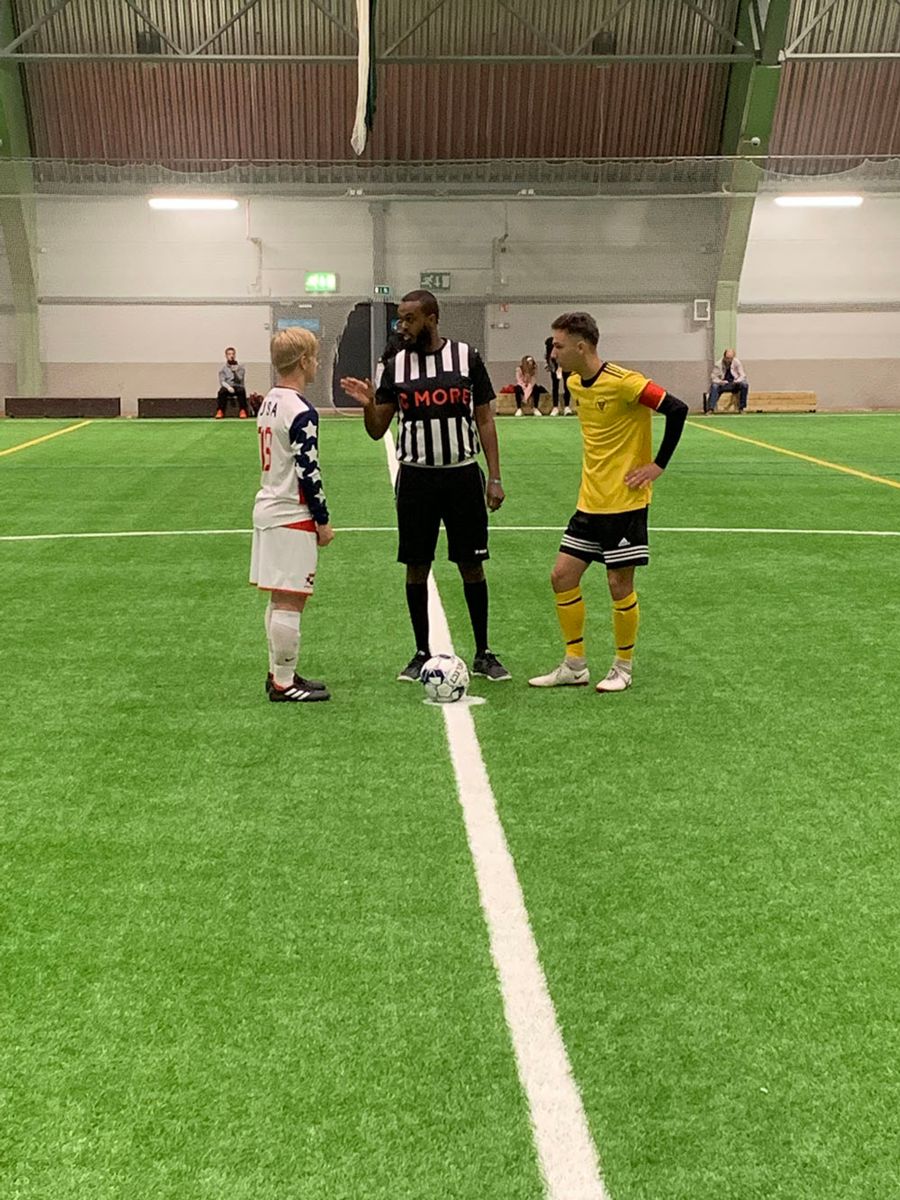 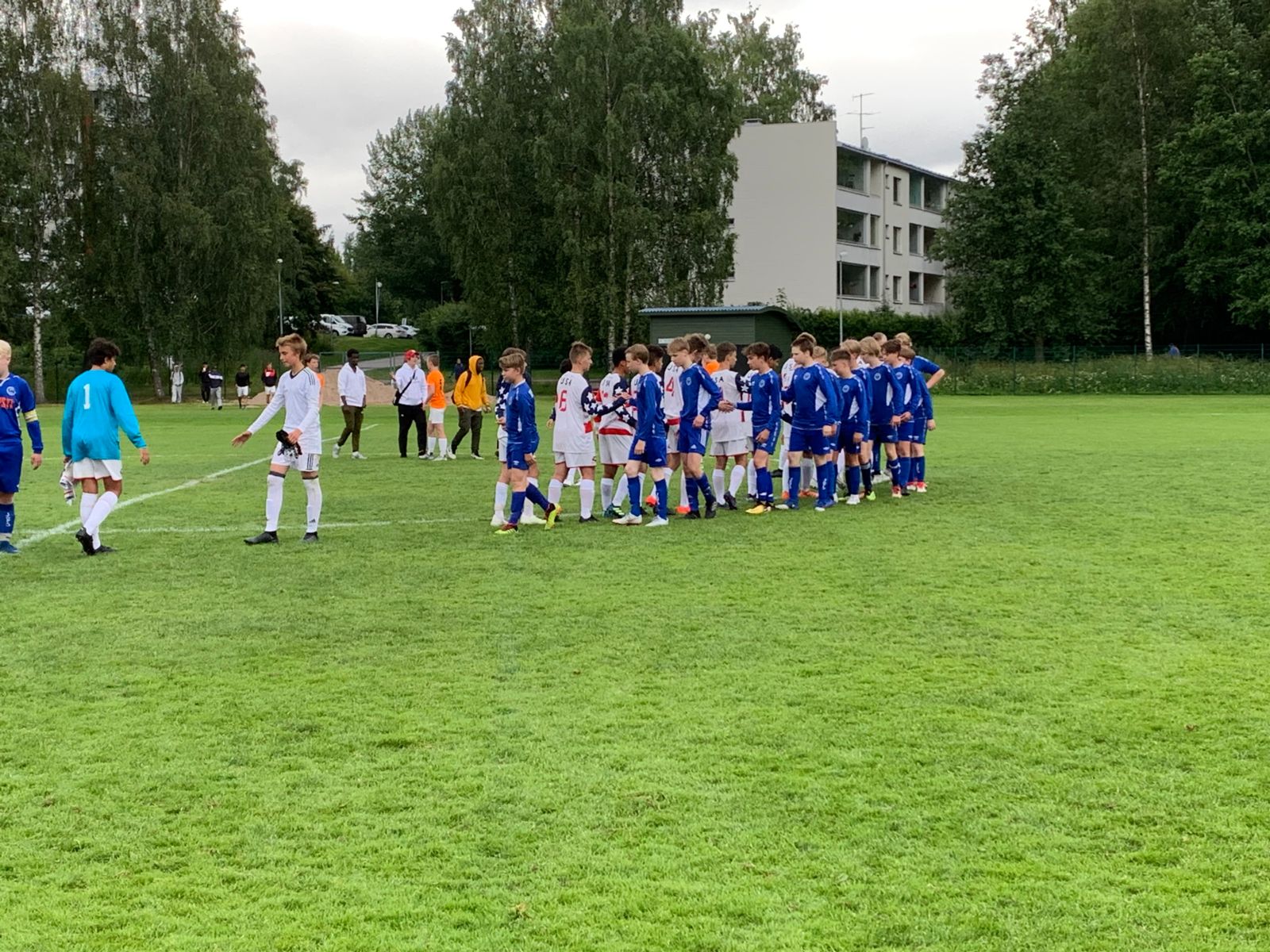 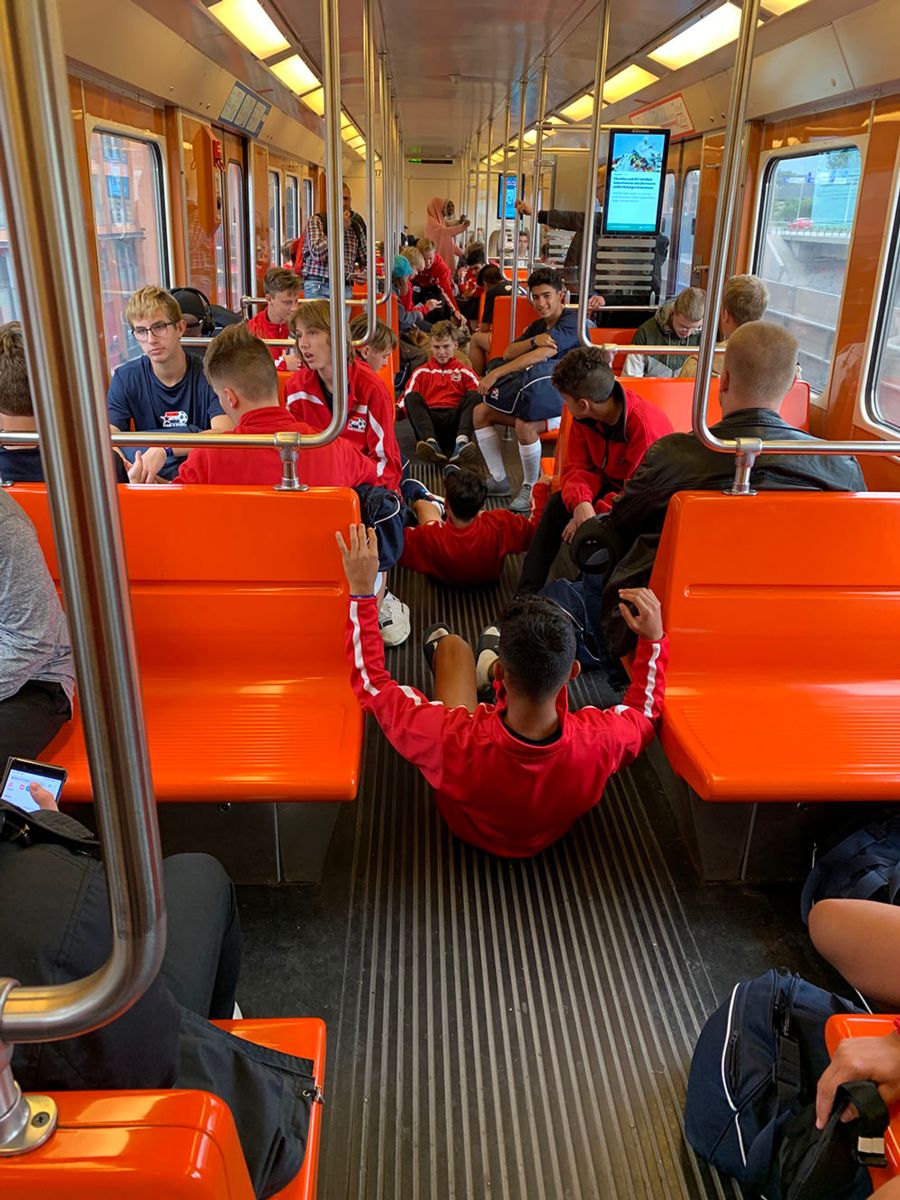 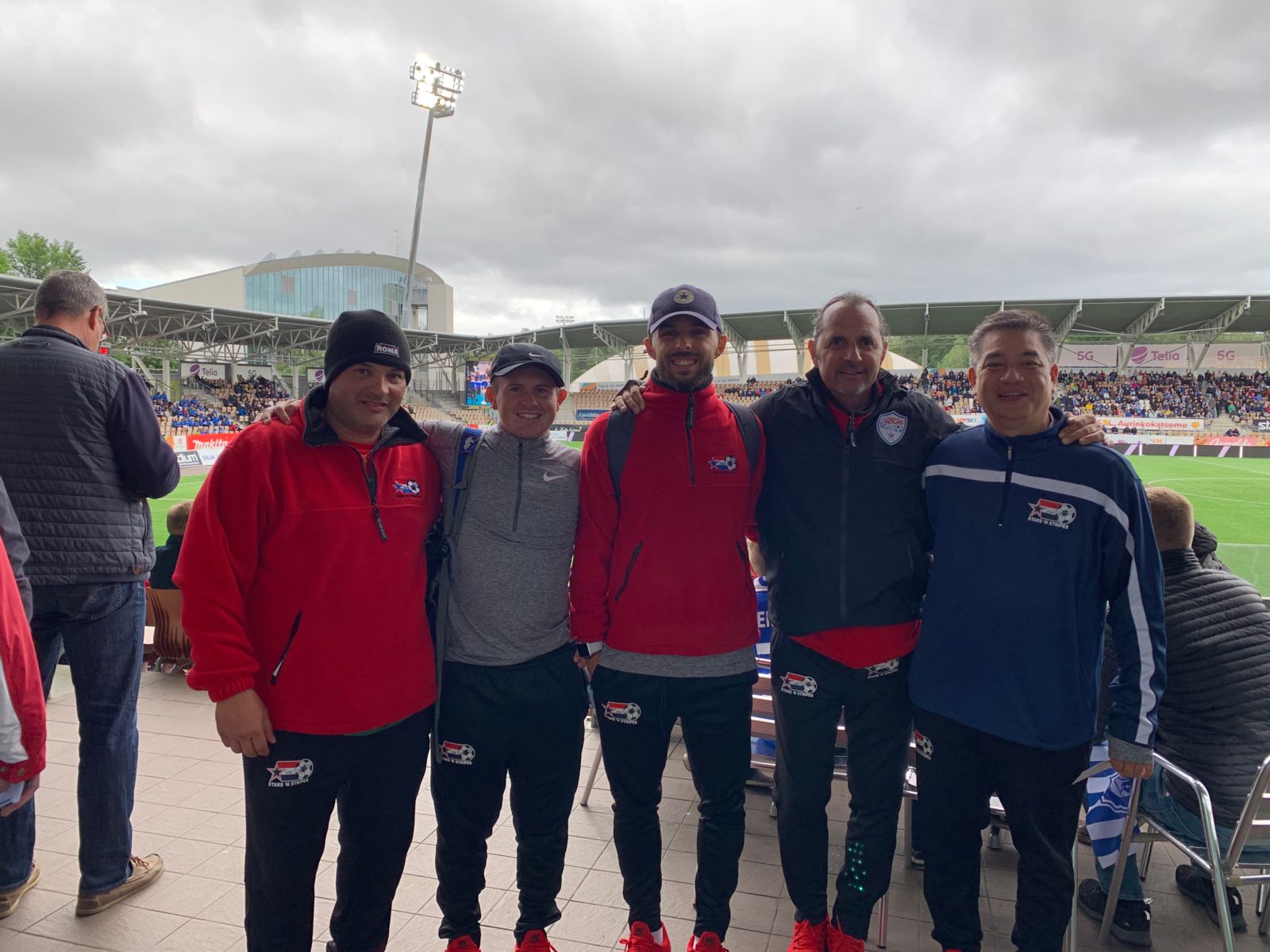 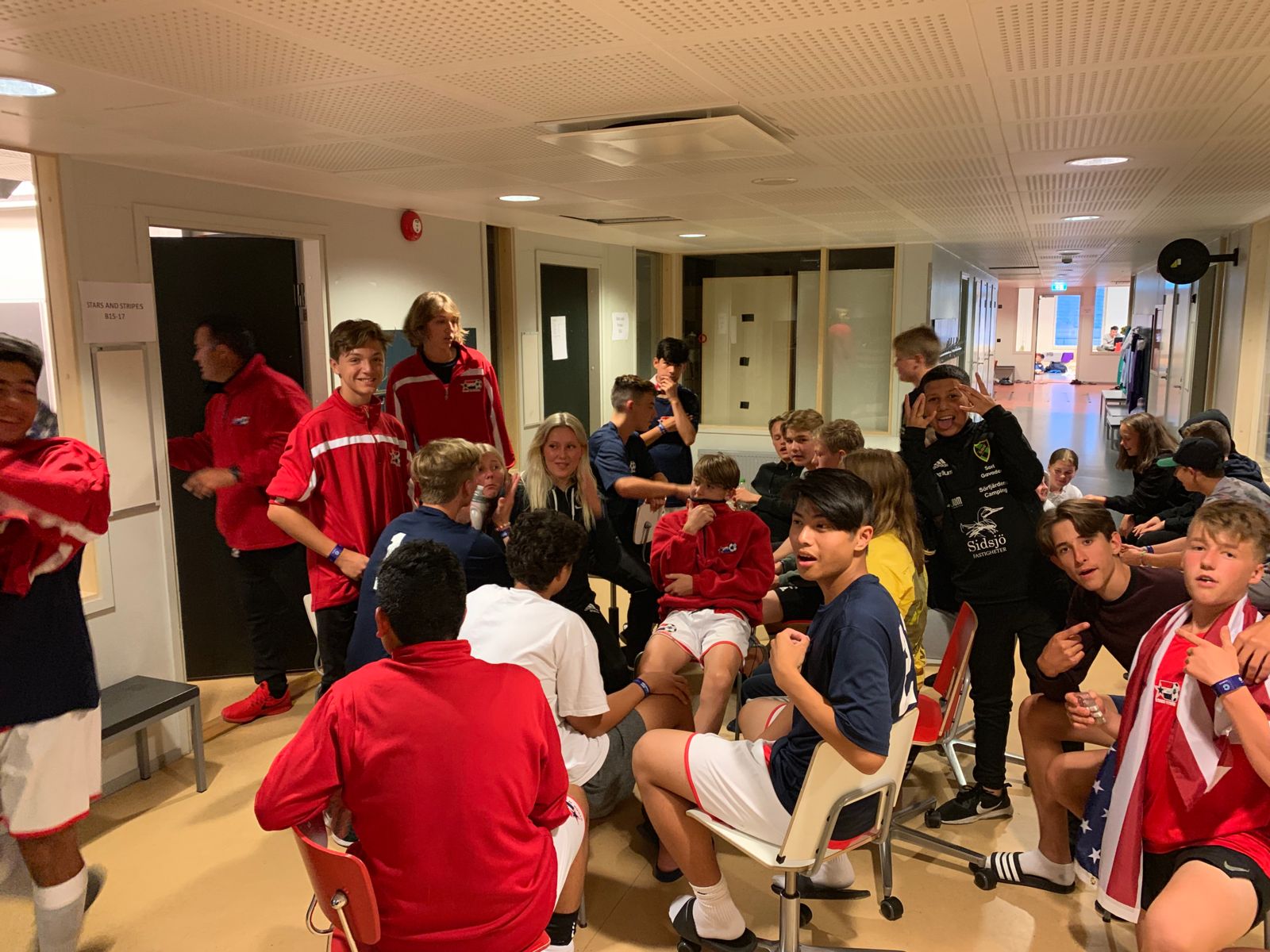