Well, where shall  I start?

Kids slept in till 8:30 and we had cafeteria style food, decent, not great, but its breakfast.

Bus to fields as a group as we spend entire day at the complex.

Boys B first vs a local team from Frederickshaven - we control the play and ref was awful, only one center ref, lots of offsides against us and then from 30 yards away he calls a goal against us after the ball hit the crossbar and down, not even close to a goal. Oh well, it happens and we answer immediately with a goal from Chris Marroquin.  We press hard to win but final is 1-1.

Macy and Laney guest play next with a Danish team and they lose 4-2 but Macy scores both goals and girls played  great.

Boys A next and we play a team from Morocco. We take a team pic together before the game and good thing as we would  probably would not take one together after. It was a war. They were very technical but dirty and again the  one ref system fails as he was awful and they received 2 red cards.

We actually score first with a goal from Cannon Braggs but we give up 2 quick ones and go down 2-1 before the fun starts.  Cannon scores on a PK to tie it up and we play up 2 men for 13 minutes but cannot score so we tie 2-2.  It was a war!

Boys B end the day with a game vs. a team from Australia and to this point we are undefeated on tour, but that comes to a screaming end as we get hammered 5-0.  Boys did not prepare for this game and it showed.
We actually have the boys B in the wrong division as we are U14 but they put us in the U15 bracket, thats a huge difference with that one year and the size is really tough to overcome.  Regardless, we need to play better.

Dinner at 7:30 and we are drenched as it rains the latter part of the day.
Showers and relaxing time tonight and the kids are in the hall mingling with the Russians and the Germans and whoever we can chat  with.  Really good times. 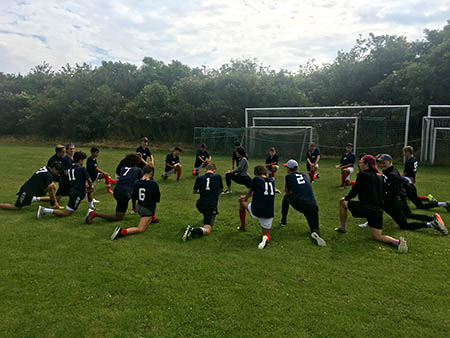 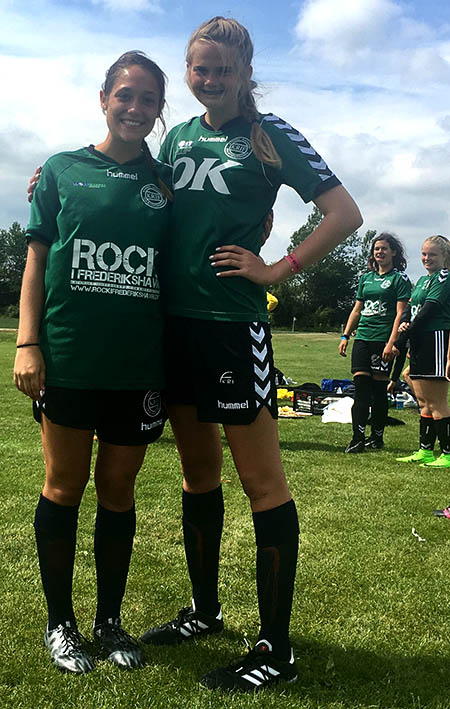 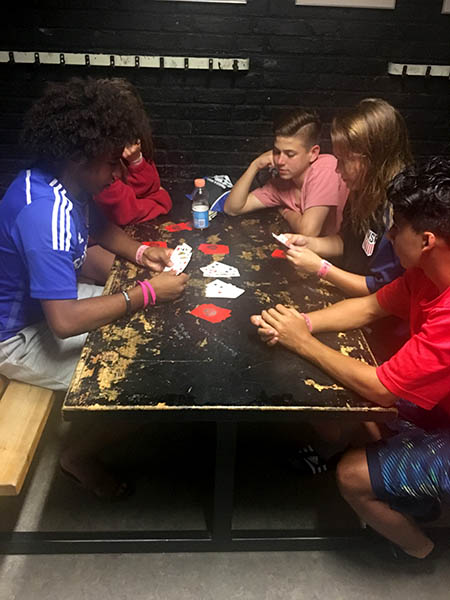 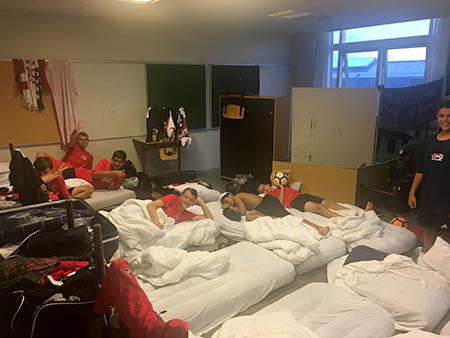 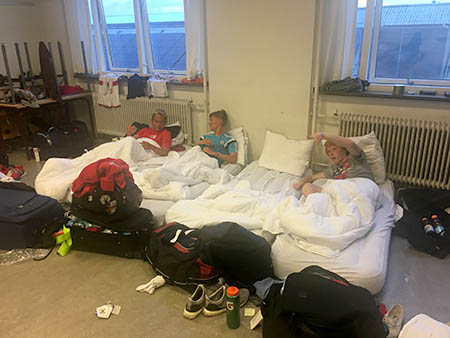 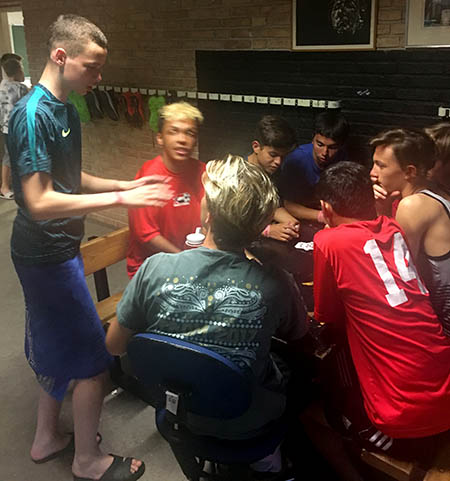