Last day in Italy was like all the rest, hot, but with 2 finals on tap. Boys blue n red both play at 11 am with the red team playing for 1st place n blue team playing for consolation final. All are excited.

We have to pack n check out of hotel first as we prepare for our transfer to Germany tonight. Boys red play our pals the spaniards and are quite tense and nervous. Several mistakes lead to early goals and we lose 4-0. A great run though and all are proud.

Boys blue fair better and win their final 2-1 vs an Italian team. Another good game as well as it was tight from the beginning.  Goals from Max and Michael set the pace for our boys and organized defending made it tough for the Italians.  Parker made some good saves as well to preserve the win.

After the games we head up the hill to an old castle/fort/city for some sightseeing. Awesome time as kids unwind and take pics and get away from the game for a few hours.

We return to the stadium for closing ceremonies and dinner and then off to Germany for an overnight transfer. I'll recap our 1st week later but could not ask for a better start to tour. 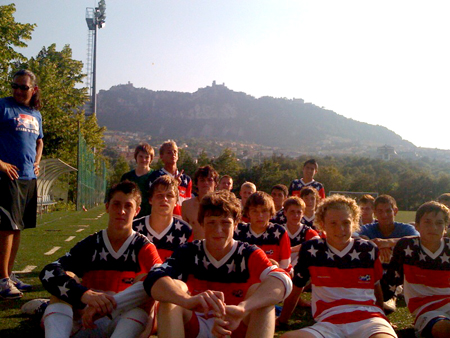 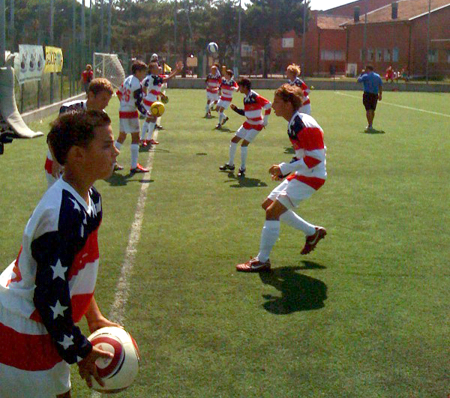