Any time you can play games on Thursday at Gothia, its a good week, regardless of the A bracket or the B bracket.

Boys B up first and they continue their good form as they trounce a Swedish team 4-0 with 2 goals from Chris Marroquin and 1 goal each from Austin Kemball-Cook and Parker James. Barrett tossed a shoutout and had a great PK save as well.  Boys B are playing great and lets see if it continues as we play in a few more hours.

Boys A next and we play our friends from Lebanon and the Gothia Cup is ready with 3 officials, ref assessor, and a Gothia Cup official.  We expect foul play and we get it, cannot really prove them using illegal players, but these things happen and we just deal with it.  We go up 1-0 on a goal from Antonio but fall 2-1 by halftime and eventually lose 3-1.  We have no legs and have several strained muscles and tired bodies, boys are just worn out as its been a long 3 weeks.  But still proud of them nonetheless.

Boys B has last game of the day and they lay an egg in the first half and give up 2 goals in less a minute during the first half.  We found out that some of the boys were up later than usual watching Net Flix and well, guess how their  legs were, so we eventually lose 2-1 as Preston Stahl hit a bomb to make it close. We dominate the 2nd half but too little to late and lose to a Swedish team that we should have beaten.

Laneys and Macy's team also lose so the Gothia Cup is over from a playing point but not from a learning point.  Match Analysis, beach, team dinner, amusement park, finals, etc, still on hand so tons more to do.
I might let them have ice cream tomorrow as they have been good so we will see.

The past 2 days, the weather has been flawless, 70-75, no wind and not a cloud in the sky.  Rain coming tomorrow but its ok as we are going to have a light day on Friday.

So proud of the kids so far as they continue to make friends from different countries and more and more kids come and watch our games.  We even have the boys give up their seats on the trams to all elderly or females to sit, very good gentlemen!!

Relaxing day ahead so that should be fun. 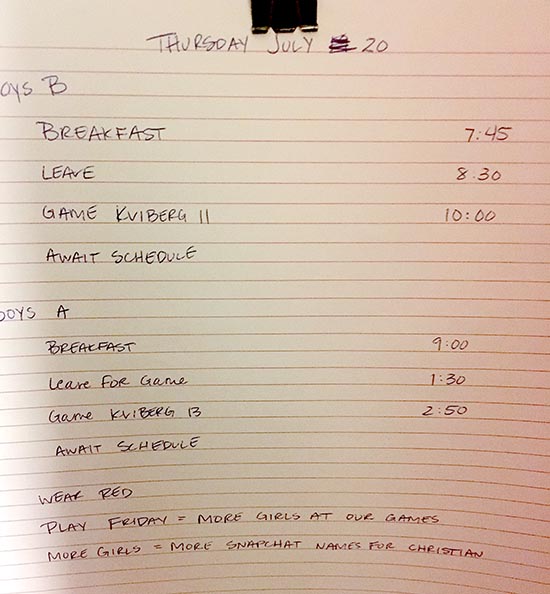 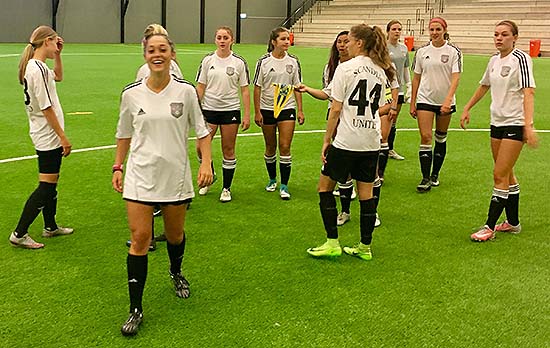 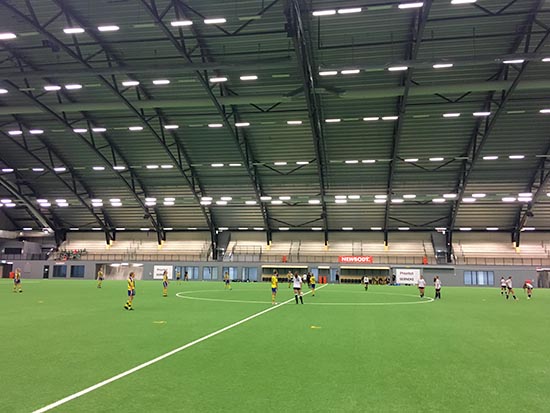 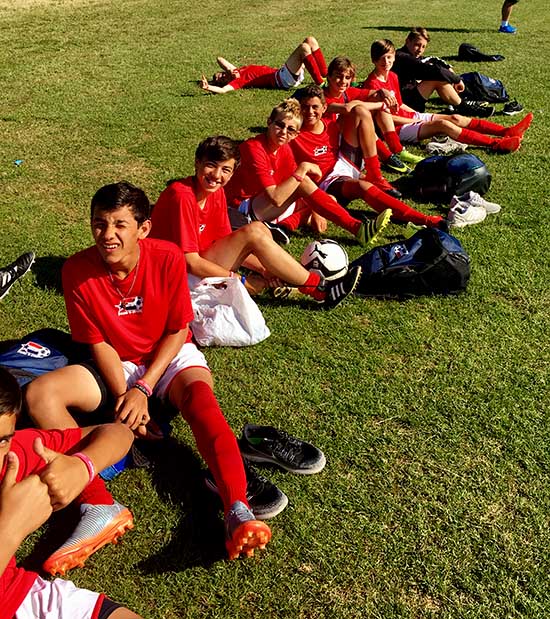 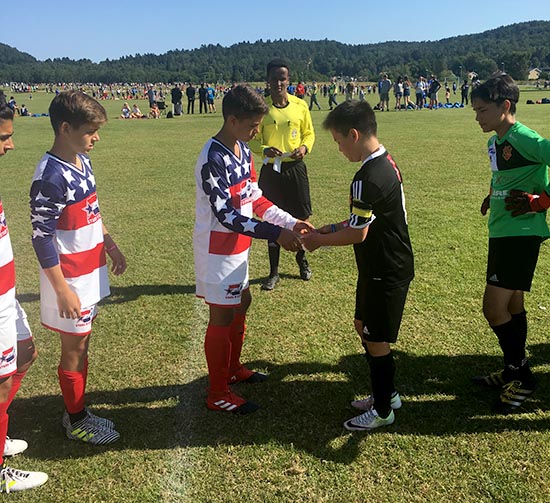 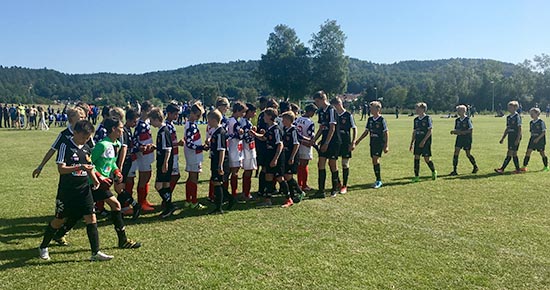 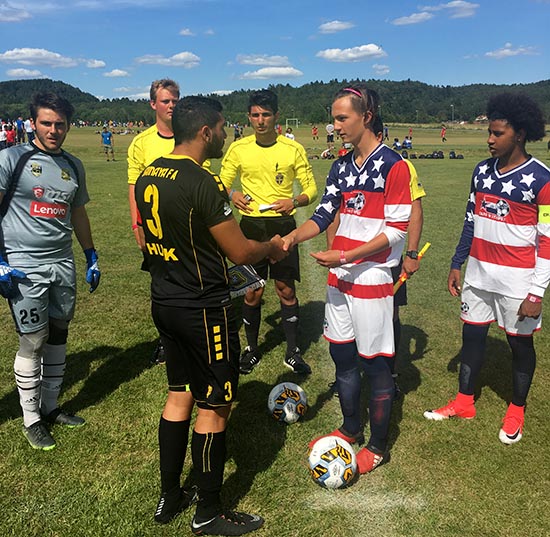 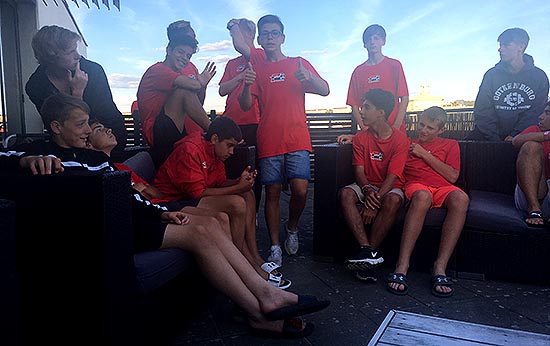