Boys B have 7:30 am game, very early and we are sore and tired but entire tour comes out to support.

We go up 1-0 on nice goal but concede late and tie 1-1 so on to penalty kicks.  Cannot remember the order as we had to go 9 rounds, yes, 9, but we had chance to win on round 5 but missed.

After lunch watching some games, the beach calls us so we answer.
A quick bus ride and a nice walk and we are at the beach with lighthouse and old World War ll German pillboxes on the beach.  We spend several hours just relaxing, which we needed.  Back for dinner and more games then the kids all shower and head to the disco.  Yes, Coach Ed has loosened the noose and allowed the kids to go to the disco, which is actually a tent with dirt floor and music.  All had fun and needed some downtime, kids are in good spirits.

Have some bad news though for the parents, kids want to stay an extra week and play one more tournament, good sign we had a great tour.

We have had some great kids and thankful for all of them.

So many laughs and so many funny moments, just priceless.

One last day on tour and it seems so sad to write that and saying goodbye will be tough.

Finals and team dinner on our schedule before overnight transfer so another long day ahead. 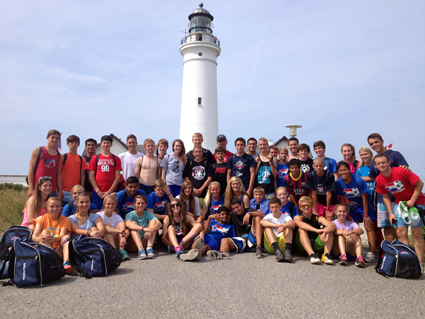 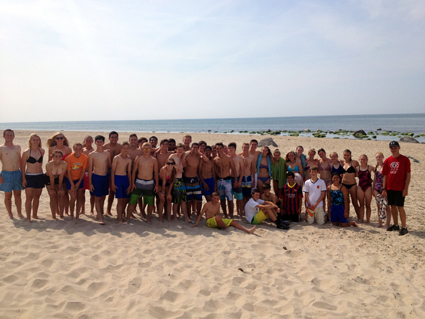