Well, day started off with rain and gave us a hint of the day ahead. It was a long day as we had 7:30 am breakfast, 8 am departure and a 2 hour bus ride to Cesky Krumlov Castle, which was awesome.

Took lots of pics and had a great lunch on the riverside on the bottom of the castle.  After the castle, we drove another 40 minutes to Budweis, the town where Busch stole the Budweiser name, and played against SK Dynamo Ceske Budejovice.

Boys B up first and we play against their U17s which are a year older than us and we get ripped apart 9-0.  They were bigger, faster, and stronger and gave us a lesson but I would rather play against a team like that than win 9-0. Boys learned a lot as they had no choice.

Rained on and off and then poured after the game so its cool now.

Boys A next and start great against one of the top teams in the Czech Republic, the reserves from the first team,  losing 6-1 but much better than the score reflects. They too learned a lot which is why we are here.

The bus ride to and from was awesome as kids sang, talked, etc. and really enjoyed each other.
Another fabulous meal at 9:45 pm so the day was long and the kids fast asleep.
Tomorrow is a day filled with some sightseeing and I will fill you in later but should be a history filled trip. 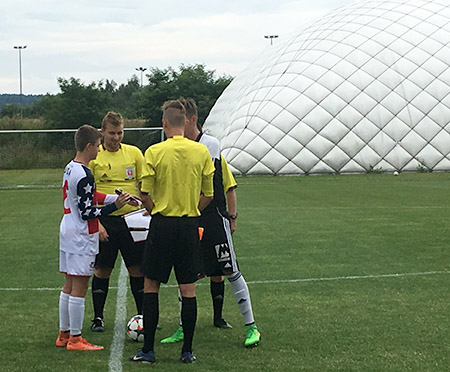 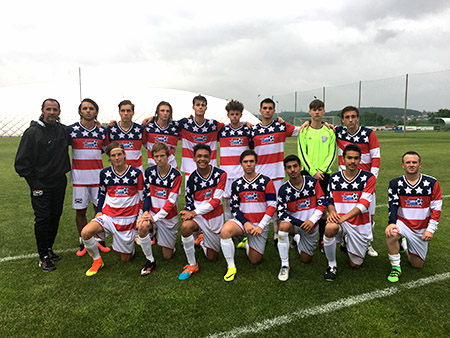 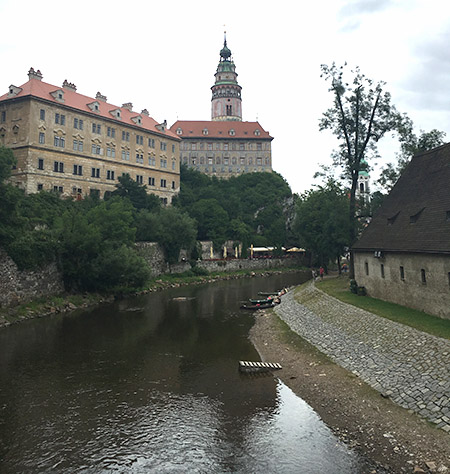 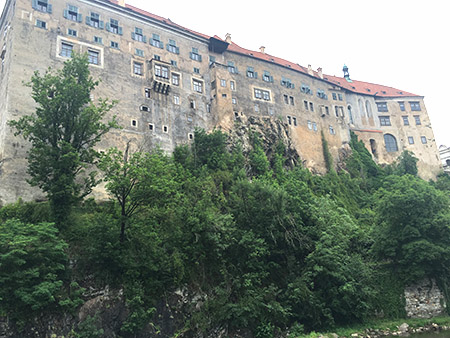 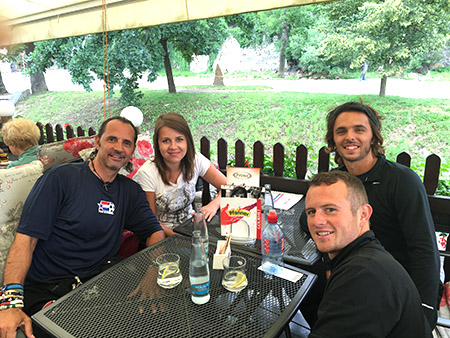