Boys go first as they play a Swedish team and play to a 0-0 draw. We were the better team and just not enough creativity in the  attacking 3rd.  So in Dana Cup, after ties, we go right to Penalty Kicks and if any of you are familiar with Stars 'n Stripes history, we don't do well in Pks.

Girls at game and sing and chant like crazy, kids really getting  into it now.

Girls game next and we play a Danish team and are far better.  Only win 2-0 but we dominate with goals from Sophia (Danish Guest player) and Abby Alfaro(Ghetto).  Girls finding groove as well as it just takes some time.

Girls rush to boys 2nd game and arrive after halftime with game tied 0-0.
Boys are playing a German team and they are very good.  With about 10 minutes to go the Germans attack down the flank and  score a nice goal but with only 2 minutes  left, Johnny Sehloff ties it up and guess what, we head to Pks once again.  Go figure.

Bad news is we miss dinner so kids go and eat on own and they don't mind.
With such a good day, we allow the kids to go to the Dana Cup Disco for about 90 minutes, nice fun.  Both teams now advance to 1/4 finals, great stuff so far.

Dana Cup is held in small town called Hjorring, population under 10,000 and about 20,000 kids are here so you can imagine the event.  Gothia Cup is in Gothenburg, population about 800,000.

One of the best things about these cups is the international flavor.  We have played teams from the following countries;

Germany, Sweden, Norway, Denmark, Tanzania, USA, and we have referees and coaches from all over the world.  Dana Cup has a pub located in the center of the fields where the coaches and referees interact, etc.  Its awesome to hear different tactics, referee decisions, future  ideas, networking, etc.  Some great times.  We just got invited to Paris  for the Paris Cup and also to East Africa so interesting years ahead for Stars 'n Stripes.

Wish us luck tomorrow and pray for warmer weather, it was cold today.
Ciao
Ed 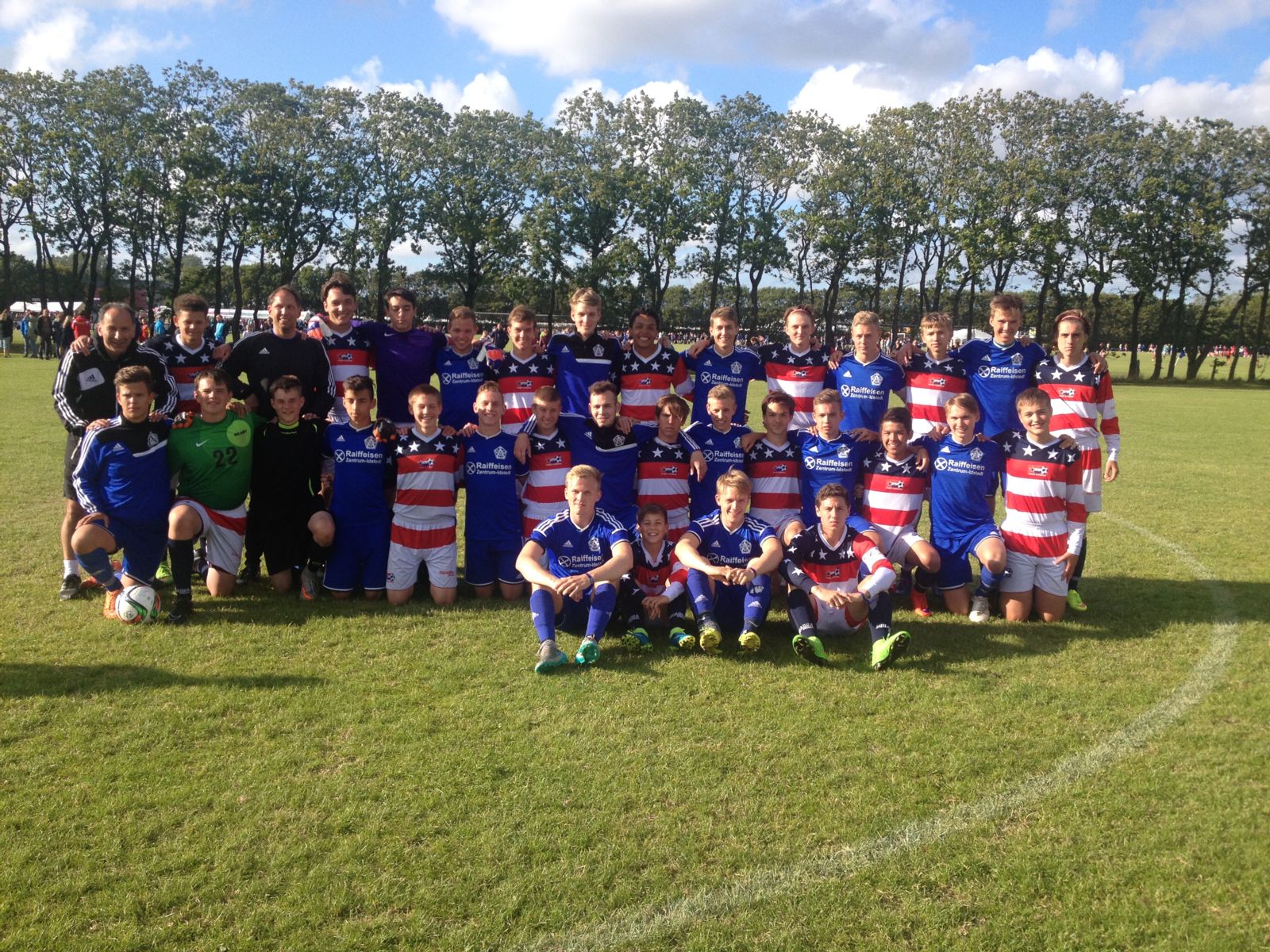 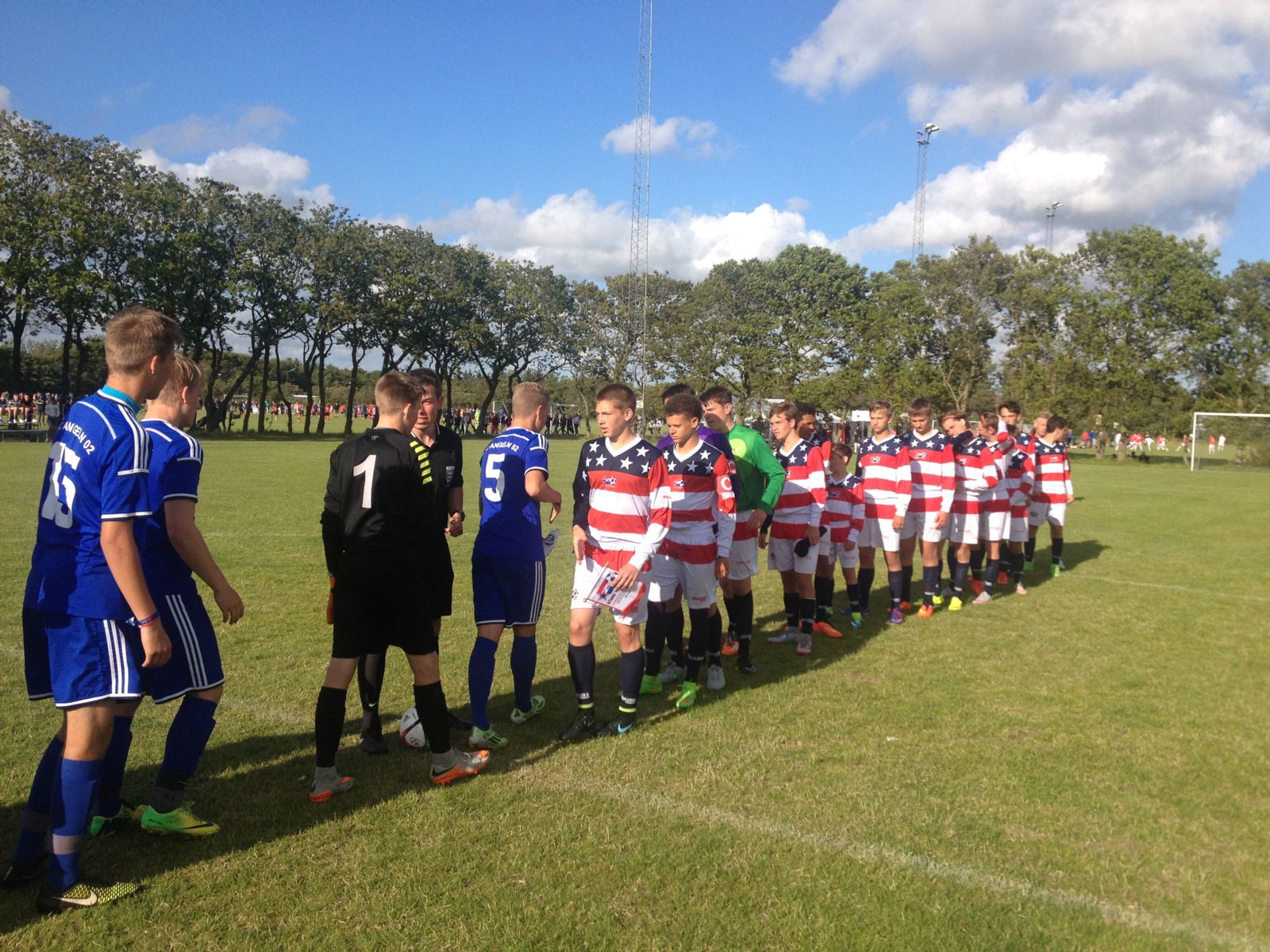