What another great day in Gothia Cup on Wed.
Some rain but it felt good and then it cleared up and a great day for soccer.

Lots of results and games below:

Hard way to go out but what a game, proud of the boys.

Boys Blue - also play for 1st place and go down 1-0 early but just continue to work hard and keep fighting. 2nd half we start pressing and Luke Deats scores a goal from Seth Deats and again Luke scores from Tyler Vitale and we win 2-1.  Opponents are really upset as they take us lightly but we win the group, a great feat for the boys.

Boys 16s - first game play really well and dominate possession but have no luck with some crazy goals from deflections, etc. and lose 3-0  Boys are ok though as they are really playing well together.
Boys 16s - game 2 was against a classless group from Cleveland and once again we play really well as we dominate play but give up another screamer and go down 1-0.  Within a minute Cade Novicke ties it up with an assist from Jack Evans but with 2 minutes to go a mistake in our box costs us and we lose 2-1.  Boys are upset but once again their play is outstanding.

Boys 15s - start off with another loss 3-2 but show more fight in the first game. Cade Novicke continues his scoring with 2 goals and we finally show some fight.
The boys 15s watch the Red team game vs. South Africa and the fight and energy the Red team showed and it carries over to their 2nd game as they pound a German team 5-1.

Boys blue and 15s now advance to Thursday so wish us luck. 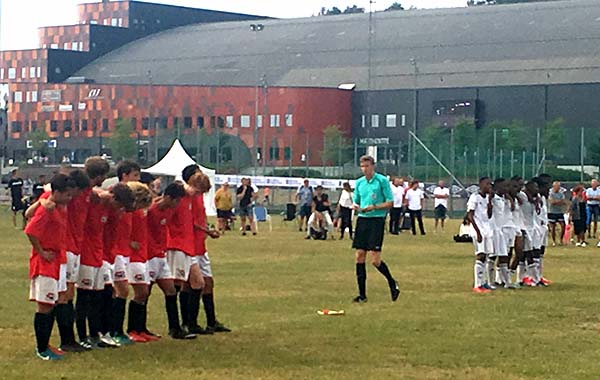 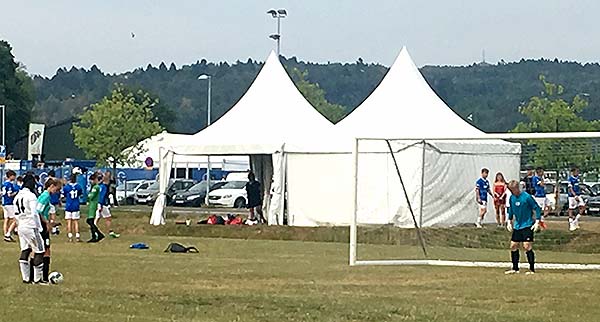 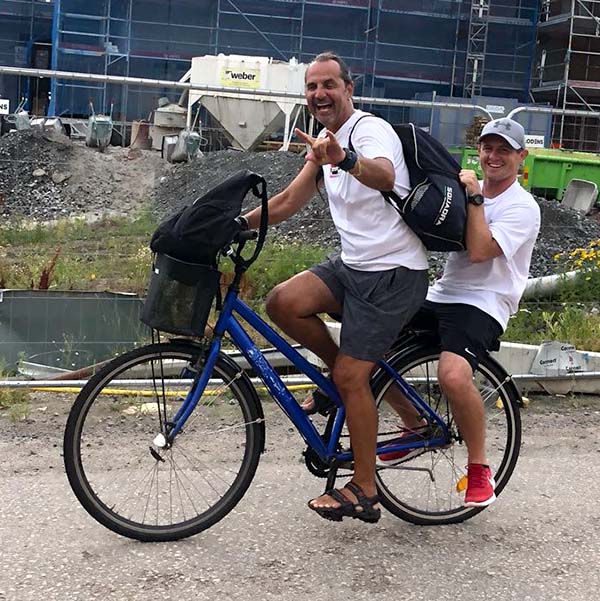