What a great first day in San Marino Cup, enjoy this one!

Final game of the day was SnS A team as we played a team from Germany.  Physical game but we also had a good start and won 4-0. Jack Wyatt scored first goal, assisted by Ian Arendse. Michael Somerville with our 2nd assisted by Jack. Michael got his 2nd assisted by Jackson Rogers and Logan Lafferty ended our scoring with an assist from Gabe Carballo.

Now to the best game of the day as the SnS red team (03s) took on a team from Canada and what a game.  We went down 2-0 in the first half before we scored 3 goals in the final  8 minutes to win the game 3-2.  The excitement generated from the Boys A and Boys B team was incredible and after each attack they had a wave of enthusiasm and chants that pushed the Red team forward.  Luke Deats scored the first 2 goals with assists from Kaden Schell and Brayden Beason respectfully and then Brayden scored the winning goal with an assist from Kaden again.  A mad scene in the corner as all 45 SnS boys celebrated as the astonished Canadians looked on.  What a  great experience for  all and all are on cloud 9.

Bus back to hotel for dinner at 7 and then opening ceremonies at 8:30.

You need to watch all of the videos that I am sending to get the full effect as our boys stole the pre ceremony fun with dancing and singing and chanting and just had a blast. It was far better than the actual ceremony!

Late night return and 11 am to bed as we do it all again tomorrow.
Undefeated day at San Marino and what a great day for Stars 'n Stripes.

Food here is the bomb as we have several courses each meal, typical Italian cuisine and its really good.
Temps are hot, 90 all day, not a cloud in the sky. 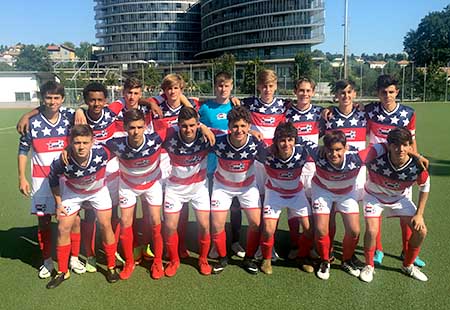 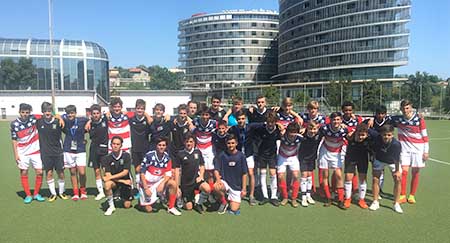 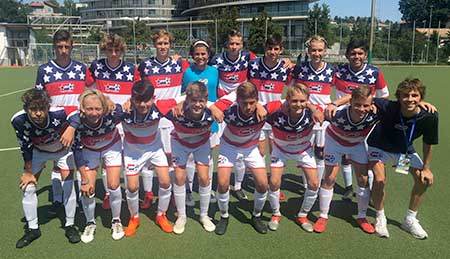 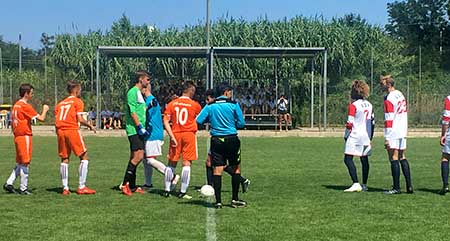 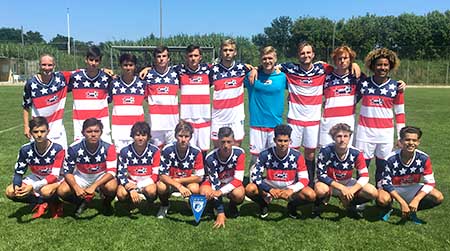 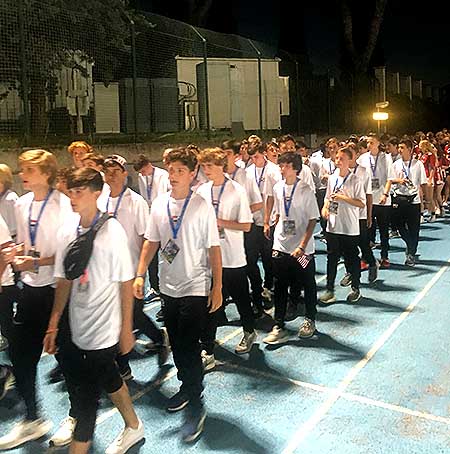 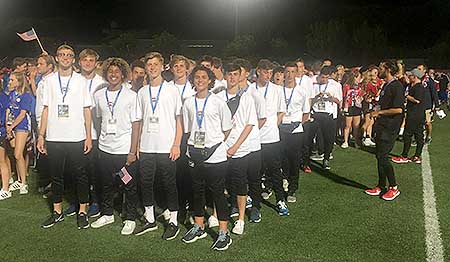