All 3 teams play today and to give  you an idea on how close they have become, all 3 teams are committed to watching and supporting each other. Pretty cool.

Boys A start us off and lay an egg, losing 4-0 to Swedish team.  Better days ahead and they just did not play well today.

Boys B put Germany game behind them and won 3-0 vs. a Swedish team with goals from Cory, Hamza, and Donnovan. Bboys played very well.

Girls finished the day with a crazy 4-3 win as they should have closed out their Swedish opponents early but did not.  Goals from Allie Gipson, Amber 2, and Payton sealed the deal.

All 3 teams sang and chanted and they were getting ready for the finale of the day, The Gothia Cup Opening Ceremony.  What a  night, crowd of about 50,000 and a gerogeous night, I have attached  a few pics and videos but we had several parents take loads of pics and will post them soon.

A truly gifted night for us and what a privilege to march in the opening representing our country.  We had our USA flags, hats, and of course our jerseys.  Such a wonderful experience.

And to top it off, our own Megan Pitcock read the oath and declared the Gothia Cup 2013 open, tremendous moment for her!!!!

Kids in bed by 11 and geared up for day 2 tomorrow. 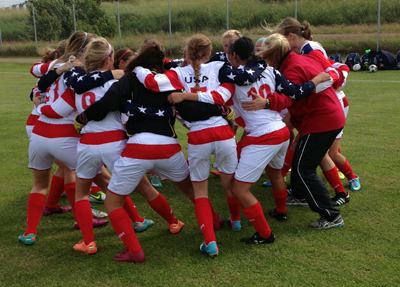 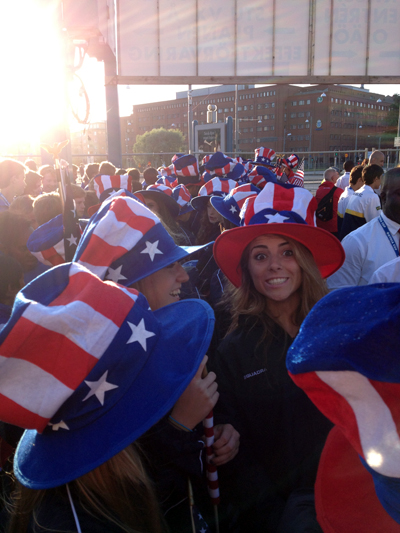 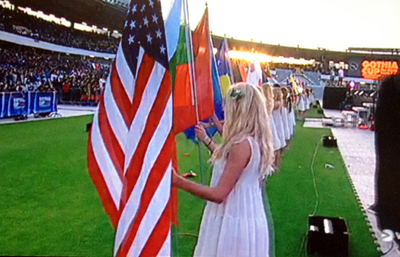 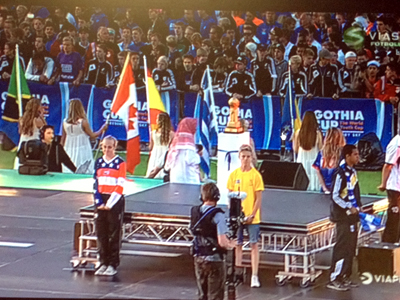